Jimmy Gourd is a gourd that acts in the show along with his brother, Jerry. They both have a habit of eating too much food. They also like to sing songs and bet who can eat more than the other. Jimmy speaks in a low voice and is the color orange. He makes many roles in the episodes and is mostly never seen without Jerry. They both are similar to Wally and Herbert in the Larryboy cartoon series.

Jimmy is an orange gourd and has a white stem on top of his head. He has a big nose, which is colored tan, like his eyelids. 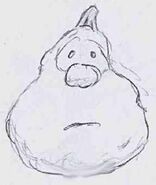 The original sketch for Jimmy that was drawn by Phil Vischer.

Jimmy as Mad Scientist on "Tales From The Crisper" on "Where's God When I'm S-Scared?"

Jimmy in "The Gourds Must Be Crazy!" on "Are You My Neighbor?" 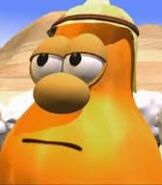 Jimmy as Dave's brother 1 in Dave and the Giant Pickle

Jimmy in "The Toy That Saved Christmas"

Jimmy as Scientist in "Larry-Boy! and the Fib from Outer Space!"

Jimmy in "Josh And The Big Wall!"

Jimmy in "Song of the Cebu'"

Jimmy as the Ice Cream Man in "The End of Silliness"

Jimmy as Bob the Gourd in "King George and the Ducky"

Jimmy as Mailman in "Jonah: A VeggieTales Movie"

Jimmy as Jim Gourdy on "Sumo Of The Orpea" 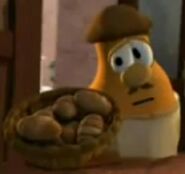 Jimmy as Baker in "The Story of George Muller" on "Gideon: Tuba Warrior" 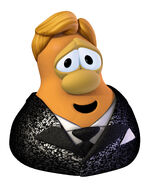 Jimmy as Rockin' Robin in "Princess and the Pop Star: A Story of Trading Places" 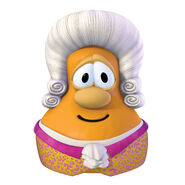 Jimmy in "Astonishing Wigs" on "Princess and the Pop Star: A Story of Trading Places" 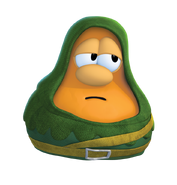 Jimmy as Steward in "The Penniless Princess: God's Little Girl"

Concept art for Jimmy as Steward in "The Penniless Princess: God's Little Girl"

Jimmy as Joseph in "The Penniless Princess: God's Little Girl" 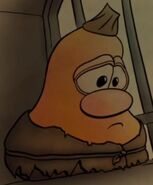 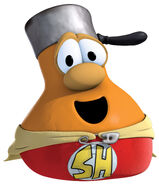 Jimmy as Supper Hero in "The League of Incredible Vegetables"

Jimmy Gourd in "Larry-Boy and the Rumor Weed"

"Boy, did I ever have a lousy day to wear some contacts?!"

Jimmy with Tom and Jerry in "Dave and the Giant Pickle".

Jimmy and Jerry in the space pods

Jimmy and Jerry on the USS Applepies

Harold in "Lyle the Kindly Viking" 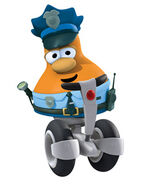 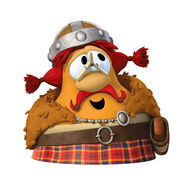 Bald Jimmy
Add a photo to this gallery
Retrieved from "https://veggietalesitsforthekids.fandom.com/wiki/Jimmy_Gourd?oldid=72353"
Community content is available under CC-BY-SA unless otherwise noted.