Bob the Tomato is a character in VeggieTales, straight-man and the co-host of the VeggieTales show. He hosts the show along with Larry the Cucumber, the opposite co-host. They tell Biblical stories together on a stage-like kitchen counter, along with a computer, Qwerty, who gives them a quote said by one of Jesus's disciples at the end of an episode. Bob sometimes is a little annoyed about Larry when he's goofing off, but soon later ignores it.

He is also annoyed by a song Qwerty plays, What we have Learned, but on the other hand, Larry likes it. Bob is a storyteller, but also stars in many of the performances. He often tries to keep Larry out of trouble and boost his self-esteem.

Bob is a red tomato. He is short and has small green leaves growing out of his head. He also grows a stem. In his acting, he usually only wears a hat, grows facial hair, and sometimes have a small shirt on. He is often confused to have a fever because of his red skin. 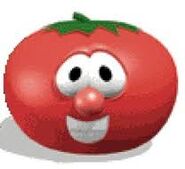 The older version of Bob. 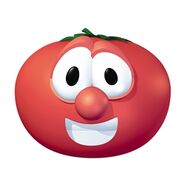 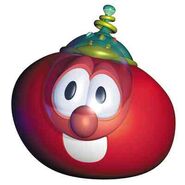 Bob as Captain Bob in "The Gourds Must be Crazy!" on "Are You My Neighbor?" 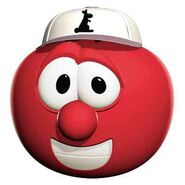 Bob as Rack in "Rack, Shack and Benny" 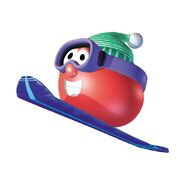 Bob in "The Toy That Saved Christmas" 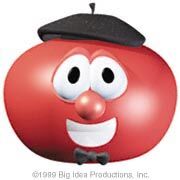 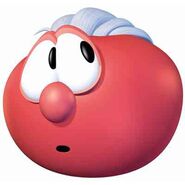 Bob as Louis in "King George and the Ducky" Bob as Otar in "Lyle the Kindly Viking" 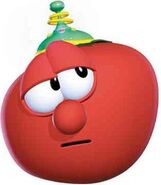 Bob in "The Wonderful World of Auto-Tainment!" 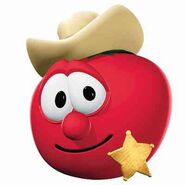 Bob as Sheriff Bob in "The Ballad of Little Joe" 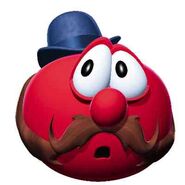 Bob as Dr. Watson in "Sheerluck Holmes and the Golden Ruler" 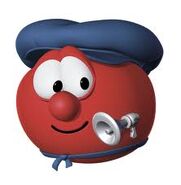 Bob in "Abe and the Amazing Promise" 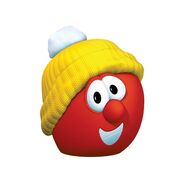 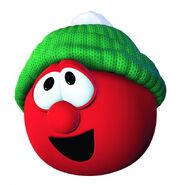 Bob in "Saint Nicholas: A Story of Joyful Giving" 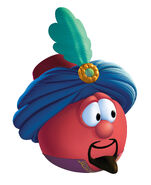 Bob as Melchoir in "The Little Drummer Boy" 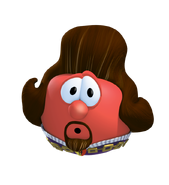 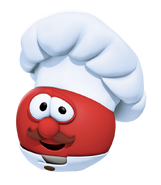 Bob as The Baker in "The Penniless Princess: God's Little Girl" 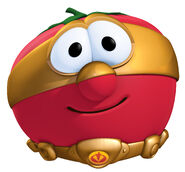 Bob as ThingamaBob in "The League of Incredible Vegtables" 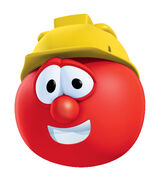 Bob in "The Little House that Stood" 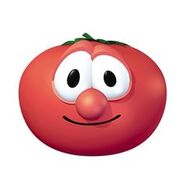 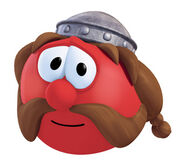 Bob as MacBob in "MacLarry and the Stinky Cheese Battle" 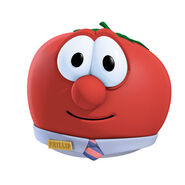 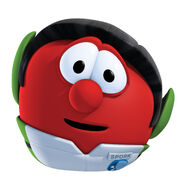 Bob as Mr. Spork in "Veggies in Space: The Fennel Frontier" 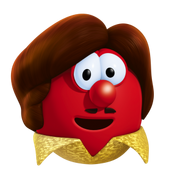 Bob as Dennis in "Celery Night Fever"
Add a photo to this gallery
Retrieved from "https://veggietalesitsforthekids.fandom.com/wiki/Bob_the_Tomato?oldid=68191"
Community content is available under CC-BY-SA unless otherwise noted.